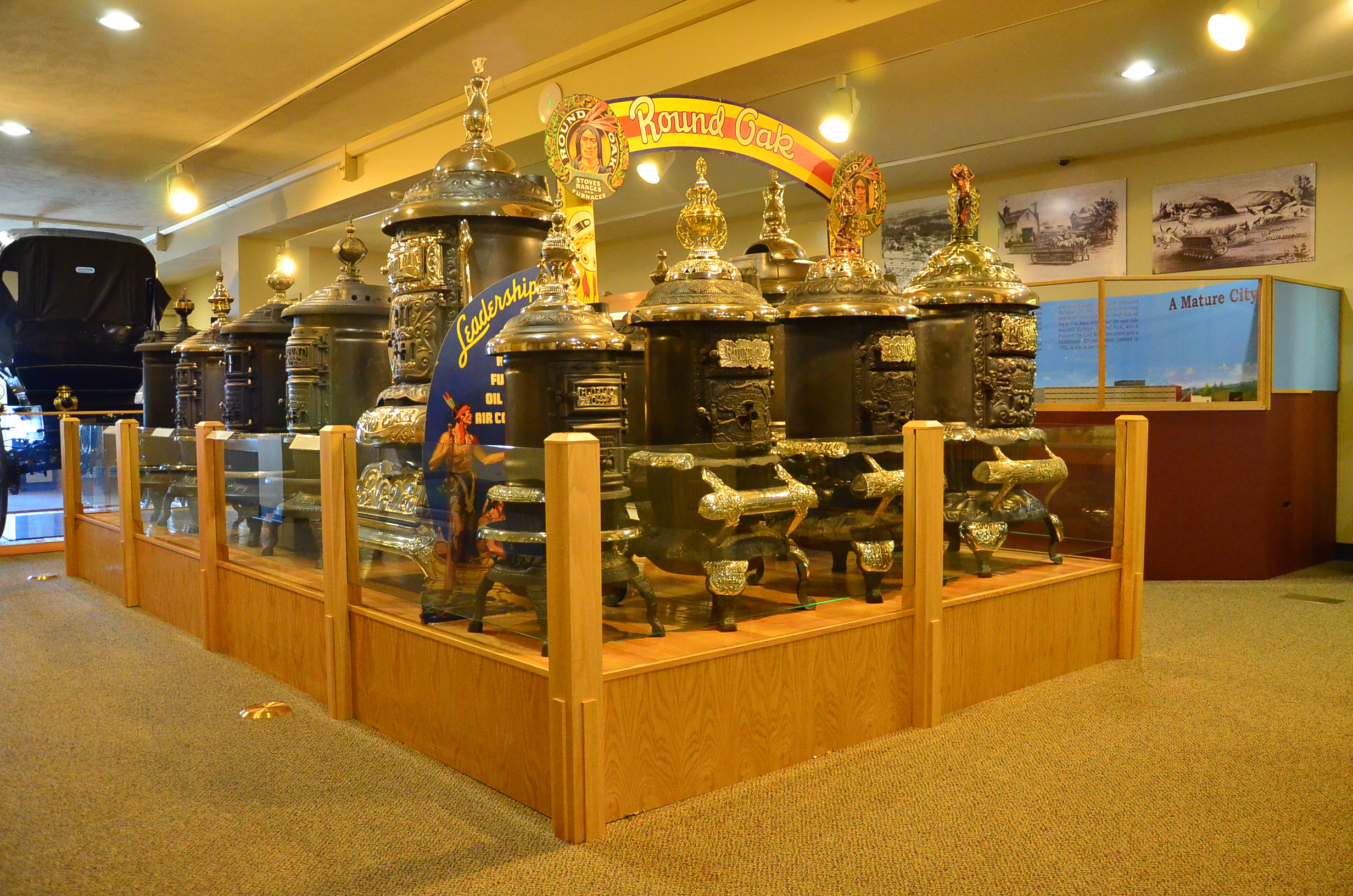 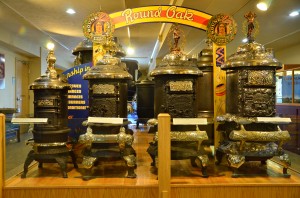 The Dowagiac Area History Museum has the largest public collection concerning the Round Oak Stove Company. Round Oak became synonymous with heating stoves in the late 1800s and the company serves as a local example of the Industrial Revolution and how industrial growth spurred the development of Dowagiac. Round Oak stoves are collected nationwide and the Dowagiac Area History Museum displays many stoves and hundreds of artifacts and photographs covering the company’s 75-year history.

To identify your stove, go to this page: https://www.dowagiacmuseum.info/round-oak/identify-your-round-oak-heating-stove/. If you cannot find your stove in the identification section, contact the museum and staff may assist in identifying your stove. The museum does not have information on stoves made by other manufacturers, only Round Oak. The Dowagiac Area History Museum does not appraise or value Round Oak stoves. If you have another company’s Oak stove, we do not have information.

Born in 1825 in New York, Philo D. Beckwith settled in Dowagiac in 1854 and opened a foundry. His experiments with heating stoves in the 1860s led to the reshaping of his foundry business from the roller grain drill to the heating stove. Beckwith cast his first stove around 1867 to heat his struggling foundry and shortly after, the Michigan Central Railroad ordered the heaters for its depots between Detroit and Chicago. By 1871, Beckwith had made heating stoves his primary product and the Round Oak Stove Company was born.

Round Oak reshaped the industry because of the quality of its durable heating stove, its affordability and by the late 1890s there were many ‘oak’ imitators on the market. None could compare to Beckwith’s Round Oak. The company expanded and Beckwith became a very popular man in town. He served as mayor for much of the 1880s and he invested a great deal of money and energy into various philanthropic activities. Beckwith died in January 1889, leaving the management of the firm to his son-in-law, Fred E. Lee.

Round Oak (the official company name became the estate of P.D. Beckwith after Beckwith’s death) continued expanding into the early 1900s. The company added new products, such as furnaces and cooking stoves, and Round Oak produced a wide array of advertising materials. The success of the firm can be attributed to solid products and quality advertising.

Chief Doe-Wah-Jack, baseball, and other Round Oak influences

Around 1900, Round Oak introduced a mascot – Chief Doe-Wah-Jack, a fictional Native American Indian, who appeared on most Round Oak advertising until the company’s demise in the 1940s. The theory holds that with the spread of the telephone, customers had trouble pronouncing Dowagiac when asking the operator for a connection. Chief Doe-Wah-Jack remedied that problem by providing the town’s phonetic spelling.

While Dowagiac was not a ‘company town,’ Round Oak’s influence went far beyond its factory grounds. The company sponsored a semi-professional baseball team and the Round Oak Band. Dances were held in Round Oak Hall and the Beckwith family built the Beckwith Memorial Building and Theatre in Dowagiac, which opened in 1893. At the company’s peak in the early 1910s, Round Oak employed 1,200 people at a time when Dowagiac’s population was around 5,000.

Round Oak’s decline in the furnace business

Poor management and deaths led to the start of Round Oak’s decline in 1914. Ormal Beach, the company’s first salesman, died that year; Arthur Beckwith, Philo’s adopted son and major innovator of Round Oak products over the years, died of tuberculosis; and lastly, veteran employee Arthur Rudolphi left to start his own furnace company after being denied a promotion. In 1915, the Rudy Furnace Company became the first of three Round Oak competitors to open in Dowagiac, followed by Premier in 1920 and Dowagiac Steel Furnace in 1929.

Round Oak stayed strong into the 1920s and survived the Great Depression, though greatly damaged. World War II government contracts helped the company stave off elimination, but once the war ended, Round Oak was a troubled company. In 1947, the company sold its buildings to Kaizer-Frazer for the production of automobile engine parts and the Round Oak name was sold to Peerless Furnace, which continued to make repair parts for furnaces and stoves. A Round Oak comeback in Dowagiac in the early 1950s was short lived and Round Oak was left to history.

Round Oak Stove and Furnace Company artifacts are collected nationwide today. The stoves are used worldwide  as the Museum has received inquiries from as far away as New Zealand and Australia. The Museum’s vast collection includes (in addition to stoves) artifacts related to P.D. Beckwith’s grain drill and early stove business, advertising, company ledgers and papers, workers’ implements and many one-of-a kind pieces.